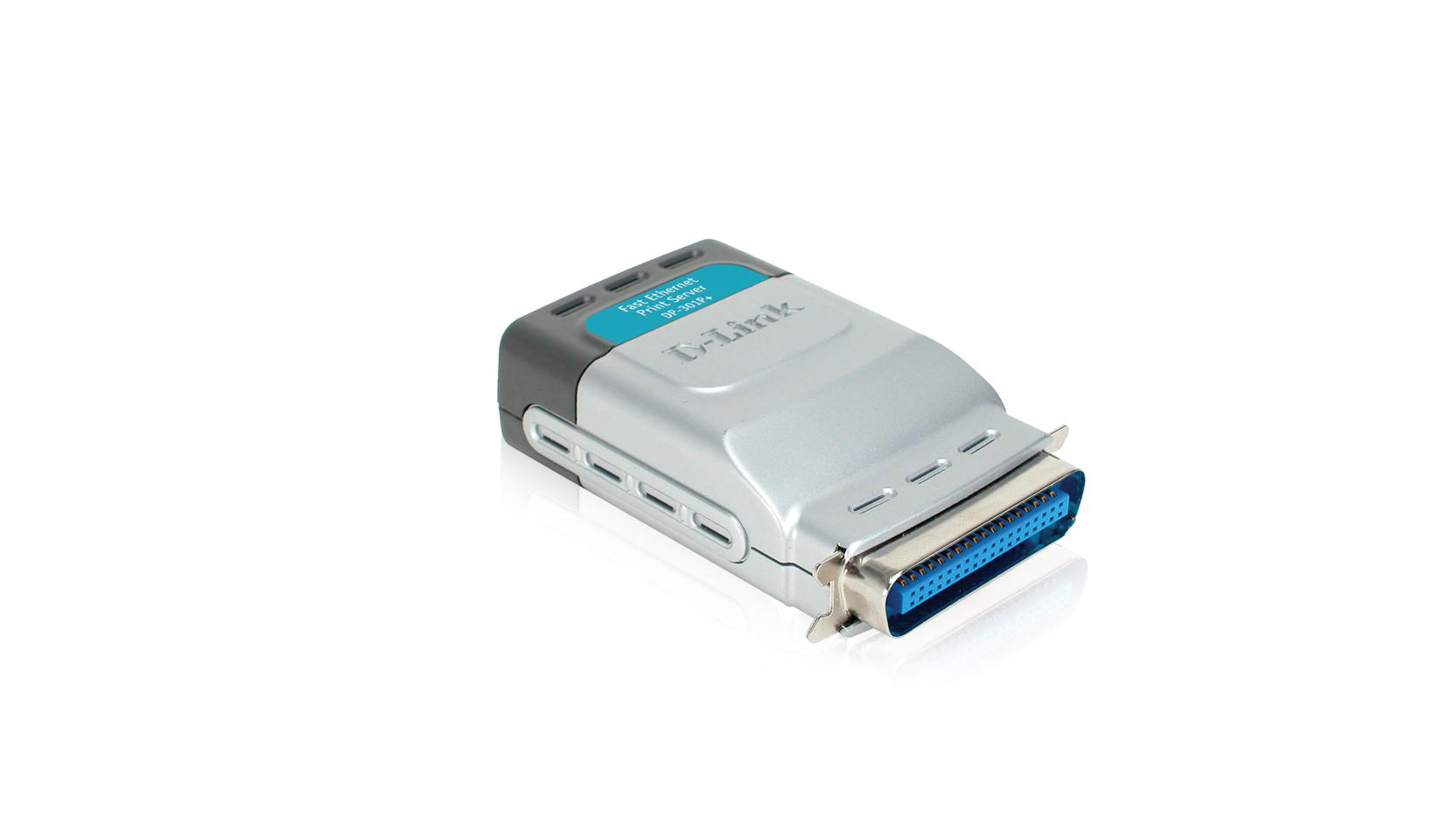 CURRENTLY NOT AVAILABLE IN UK AND IRELAND

Fast Ethernet Pocket Print Server
D-Link's Fast Ethernet print server is a compact device that attaches to a parallel printer. This device permits the printer to print files from a large number of users connected over a Fast Ethernet network. Designed to work with both PC and Macintosh, this pocket-sized device saves users cost by doing away with the need to equip every workstation with a dedicated printer. Multiple computers can share a single printer; the print server queues users print files, allowing the printer to print them out in an orderly manner. Through the DP-301P+, users connected over a network who access the Internet, run Windows 95, 98, 2000 or NT, or run Unix, Linux or MacOS can print files transparently from the shared printer.

At one end of the DP-301P+ is a 36-pin high-speed Centronics parallel port that plugs directly to the printer without any need for printer cable. On the other end of the DP-301P+ is a 10/100Mbps dual speed LAN port that connects to either an Ethernet or Fast Ethernet network. This LAN port auto-detects the speed of the network (10Mbps or 100Mbps) and adjusts itself accordingly. This single-port print server is cost-effective and most suitable for a SOHO network. However, large workgroups with printers spread around in different locations can also benefit by setting up multiple DP-301P+ print servers.

Versatile Administrative Program
The DP-301P+ is easily configurable using any Internet web browser or a simple-to-operate GUI under Windows. Telnet support means that the administrator can also configure and maintain the print server from any station on a Unix or TCP/IP network

In addition, the DP-301P+ supports HP's directional PJL protocol, allowing two-way communication between a management station and PJL-supported printers such as high-end HP laser printers. Users can consequently see printer status such as out of paper, low tone and paper jam from a remote place without having to walk over to the printer.