Many of us have a tendency to buy the most expensive product we can afford, working on the basis that you get what you pay for. This is a common misconception when it comes to network switches that often results in the purchase of overly expensive equipment.

Certain switch vendors charge a premium for their products. Part of this is ‘paying for the name’ but is also due to customers paying extra for proprietary features that lock them in. The reality is that often lower cost, standards-based products are readily available from other vendors that can meet customers’ needs equally well and actually offer better interoperability.

The high price of proprietary protocols

Standards-based network switches are a must when looking for value for money. Although managed switches come at an increased cost, SMBs have no need to pay a premium for switches from certain vendors that are packed with expensive, proprietary technology.

By definition, proprietary features mean a single source solution and higher prices, with the buyer often tied to a single vendor in order to maintain compatibility between equipment.  It is not only the purchase cost, switches with proprietary features often require specialist skills to work on them. This means increased costs employing and training in-house IT staff or taking out expensive support contracts.

The bottom line is that when it comes to buying network switches, SMBs should stick to reputable manufacturers with standards-based products in order to achieve the reliable network performance they need with more competitive price points and increased flexibility. 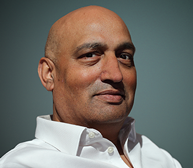