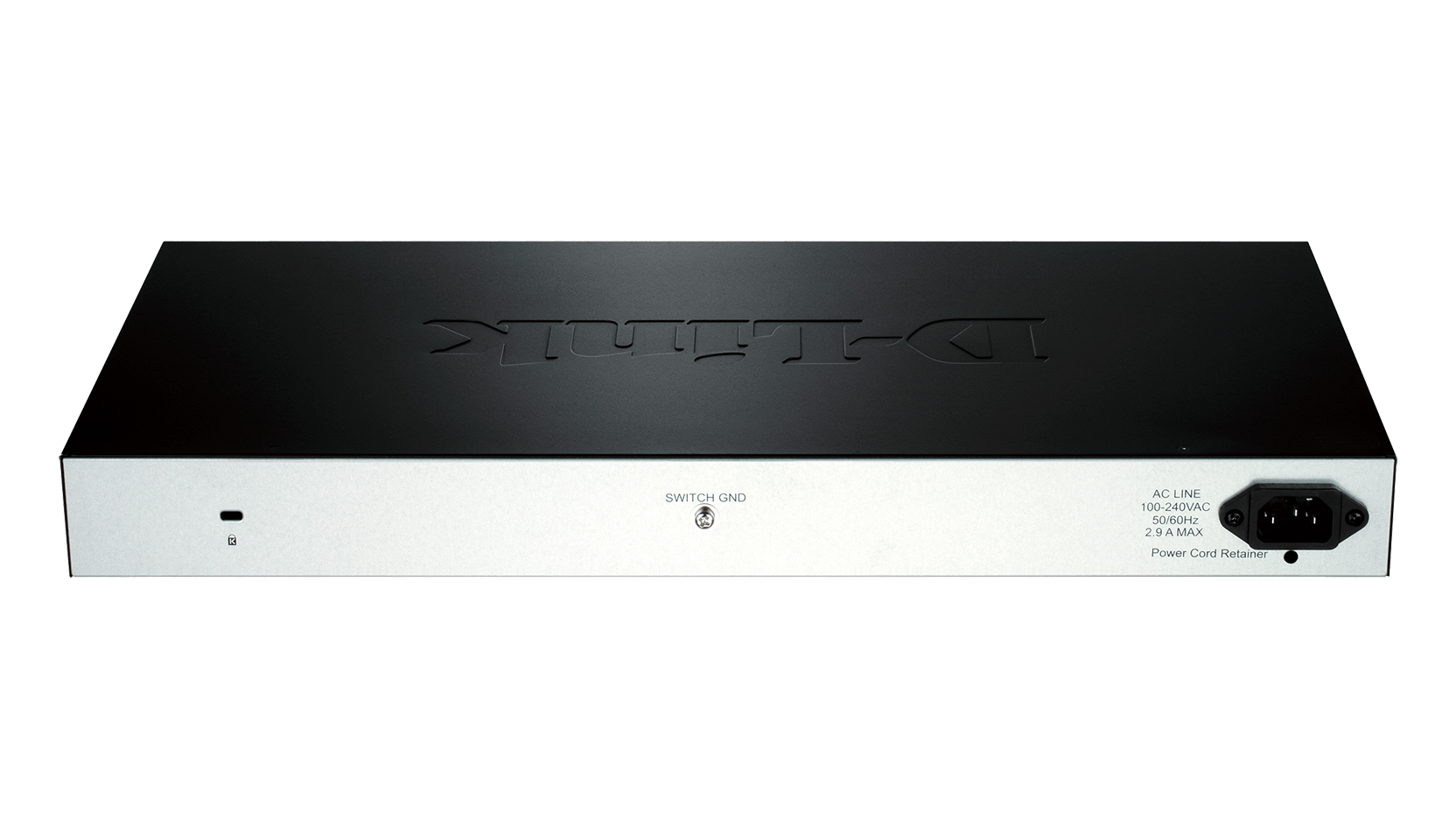 Equipped with 24 Fast Ethernet ports with Gigabit/combo port options, the DES-1210 Series Fast Ethernet Smart Managed Switches offer all the features needed in a small and medium business, without the complexity or cost involved. The built-in web interface and PC based SmartConsole Utility make these switches easy to deploy, configure and troubleshoot.

The DES-1210 Series is the latest generation of Smart Switches. Equipped with 8, 24 or 48 Fast Ethernet ports, 2 Gigabit ports and 2 combo Gigabit/SFP ports, this series offers all the features needed in a small and medium business, without the complexity or cost involved. The built-in web interface and PC based SmartConsole Utility make these switches easy to deploy, configure and troubleshoot. Its complete set of features allows for seamless integration in every environment.

The PoE option is available on the 8 and 24 port members of the family. Integrating technologies such as time-based PoE which allows the power to be shut off at a predetermined time, saving power on VoIP phones, Wireless Access Points or any other PoE equipment. The DES-1210-28P utilises Smart Fan feature, automatically turning on the system fans only when necessary. This not only saves energy and cost but it also extends the lifespan of the switch. The DES-1210-28P is also compliant with the new PoE+ standard, enabling it to feed up to 30 Watts to connected devices.

Equipped with a complete line-up of features, these switches include Quality of Service, Port Trunking, Spanning Tree and IGMP snooping. Network monitoring and maintenance features include Port Mirroring, Loopback Detection and the innovative Cable Diagnostics. With Cable diagnostics, the switch will flag a faulty Ethernet cable connected to any of its ports, detailing the type of error detected.

These switches are ideal for converged networks, where IP telephony/VoIP, IP surveillance systems and traditional data traffic are integrated in the data flow. The Auto Voice and Auto Surveillance VLAN features will automatically place these types of traffic on separate VLANs, thus guaranteeing the confidentiality, prioritisation and quality of these services on the network.

The DES-1210 series support RADIUS authentication, to ensure that only authorised users are able to log into the network. In addition, the Access Control List (ACL) feature further enhances security by ensuring that network resources are accessible only by their legitimate users. In addition, the DES-1210 Series protects against the most widespread network attacks, such as ARP spoofing or rogue DHCP servers. Smart Binding manages unwanted access to your network. This is done by checking IP and MAC address on a particular port against a pre-configured database before allowing or denying access.

D-Link’s innovative Safeguard Engine protects against traffic flooding caused by broadcast storms or virus attacks, blocking traffic that reaches the definable threshold and avoiding network lock-ups before they occur. Spanning Tree (STP) and Rapid Spanning Tree (RSTP) allow for redundant paths in a network to ensure servers and other resources are always available.

The new generation of Smart switches is provided with an intuitive PC-based SmartConsole utility and a friendly web interface that enables administrators to configure and control their network down to the port level. The SmartConsole automatically discovers multiple D-Link Web Smart Switches within the same network segment, so administrators can access all of them even before they have been configured. This allows for very quick deployments and initial setups, including firmware upgrades. For more advanced administrators, the DES-1210 series supports a Command Line Interface (CLI) accessible with Telnet.