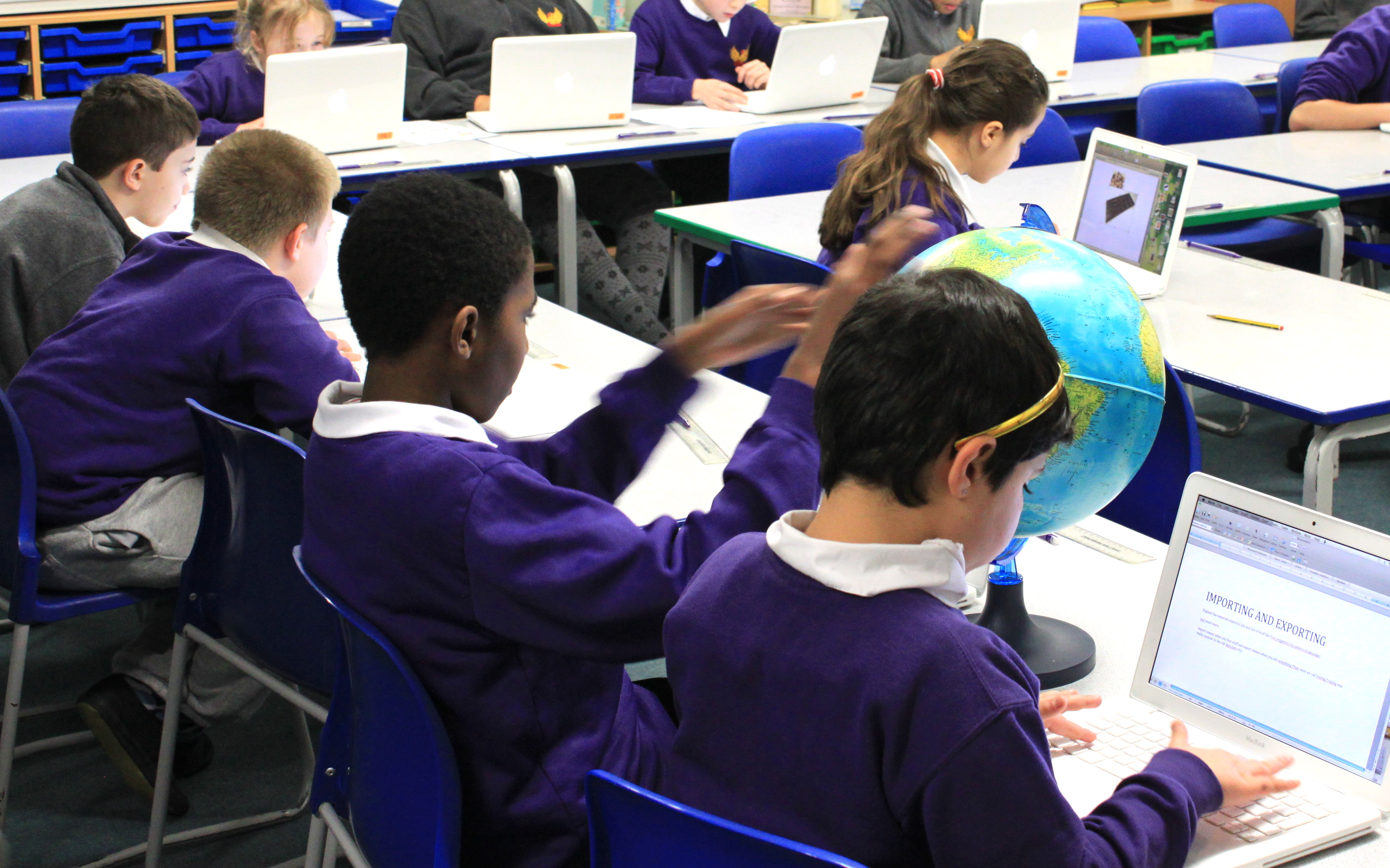 Holdbrook Primary School is a primary institution in Waltham Cross catering for more than 200 3-11 year-olds. Its level of achievement is exceptional given the disadvantaged backgrounds pupils come from. With a wide range of ethnic origins, many pupils don’t speak English as a first language, and some join the school with little or no English. Holdbrook also has three times the national average of disabled pupils or those with special educational needs.

In its latest Ofsted report, inspectors rated the school outstanding on all levels “because the exceptionally effective leadership has maintained relentless focus on improving outcomes for all pupils, developing the highest quality of teaching and providing pupils with an excellent curriculum”. The report also praises the resources provided for pupils, which includes better than average IT facilities.

The school had been using Apple products for 10 years, justifying its choice of provider on the basis of quality and durability. The school has been buying its IT equipment through reseller Toucan Computing for a number of years, and last summer it decided a server upgrade was required, so took the opportunity to address network bandwidth issues at the same time.

Like many schools, Holdbrook was finding capacity issues with its network and server, with a whole class not able to log onto the network at the same time, and the server rapidly running out of capacity.

“Whether it was a bottleneck with the school WiFi or the internet bandwidth being provided by Hertfordshire council, we were not sure, but we knew we had a need for greater capacity,” says Mrs Scudamore. “There was no question we had to do something. There is no point being cutting edge with all these cool products if we don’t have the network capacity. “When it comes to ICT we’ve got to be doing quick, flashy things – not necessarily all singing, all dancing, but it has to be high quality or the children are not interested. They don’t expect to have problems logging onto the network.”

Toucan Computing put together two proposals for upgrading the school network – one with a less expensive, unmanaged switch, and one with a Gigabit unified switch from D-Link with wireless LAN controller.

Kristian Taylor, Head of Sales at Toucan Computing, comments, “Toucan Computing has been working with Holdbrook Primary School since 2005, supporting their Apple technology. We've built a great relationship during that time and it's been a real pleasure helping them grow their IT provision. Karen has many innovative ideas about how to use technology in the classroom and this has helped them face some specific challenges. We suggested D-Link as a simple, cost effective and robust solution to help the school make the most their ever increasing investment in mobile devices.”

Mrs Scudamore says: “We went for the more expensive option because it was future-proof. We envisaged that theoretically we could have our 32 iPads, 60 iPod touches and 72 MacBooks all downloading big files at once, so we needed it to have wide range and bandwidth. I have governors who are very pro where we want to go and they are quite happy that I will spend the money sensibly, and get good value for money.”

She adds that because the network is future-proofed and the equipment higher quality, over a period of time the extra upfront investment in IT and the network is worth it. Choosing Apple, for example, comes with a premium over some lower-priced laptop brands, but the school says it has never had a MacBook fail.

The new set-up was implemented in the autumn term and the school says Toucan Computing was accommodating, spreading the work over a few days so as not to disrupt classes too much. Mrs Scudamore adds, “They were very flexible about how they worked with us.”

With new fibre optic cabling provided separately, Toucan Computing also had to be flexible in the positioning of network points. She states, “They tried to minimise the disruption so if an access point was not at the best position, they would move it and put some trunking in. They would make the best of the situation they found.”

Holdbrook Primary School’s recent Ofsted report points to the IT provision for pupils as one of its strengths, noting that while it has high expectations of pupils and continually challenges them, it also equips them with the means to excel: “The school provides pupils with the highest-quality resources, such as the extensive computer facilities and access to online learning resources.”

Mrs Scudamore adds: “Our Ofsted report in June was impressed with the level of IT provision and our pupils love the use of iPod touches and iPads. The network is crucial to that. It means that teachers will happily try a lesson when all the pupils are on MacBooks while the situation before was that four or five could not access the network. When you compare the situation before with the situation now, we wasted a lot of time in lessons, and sometimes we were not able to get the whole class on the network. Teachers are more likely to use the technology for a lesson with the new network.”

The schools use the iPads for mental maths and brain training, as well as developing animations. For year six pupils, a priority is to ensure that children can write well and again the computers help in this regard. Mrs Scudamore gives the example of a story-writing exercise with a programme called Epic. Users enter a citadel but unlike in action games, the scenes are just empty places where you see different views and people. The children then use screen shots from the programme to write a story.

Network performance in exercises such as these is critical, with the sheer volume of children accessing the Internet. Mrs Scudamore says: “They can make little movies, with sound effects available – and there’s no appreciable slowing while they are doing all this multimedia. They do like that part of it – and they can also use it at home.”

As well as the impact on teachers running lessons using the computers and on children becoming more engaged, Mrs Scudamore believes the other big benefit from the network upgrade will be its use in assessment of children. “We can do testing and tracking of children all the way through from when they are in the nursery. And now all of key stage 2 at one time can do the NfER test, not one class then another. There might be a time when SATS are all done online.”

Reporting back to parents is also being aided by technology. Toucan Computing has a “[email protected]” application where the teacher takes a photo of one of the steps the child had made in learning and puts some text next to it. “They currently print these and send them home with children, but in the future, parents will log in and see what their child has done that day. Once we get real time reporting and assessment, it will be available for all.”